“We are thrilled to have another successful black-footed ferret breeding season and excited for these little kits to grow up and contribute to the recovery of their species” says Dr. Tara Harris, Director of Conservation and Science at the Phoenix Zoo. 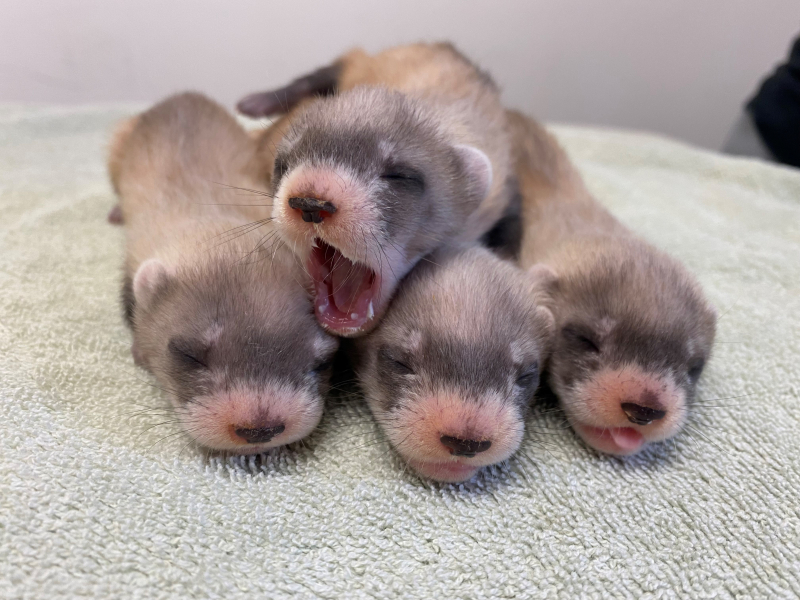 What do you get when two flamingos lay an egg and abandon it? A flamingo foster parent named Griffin! 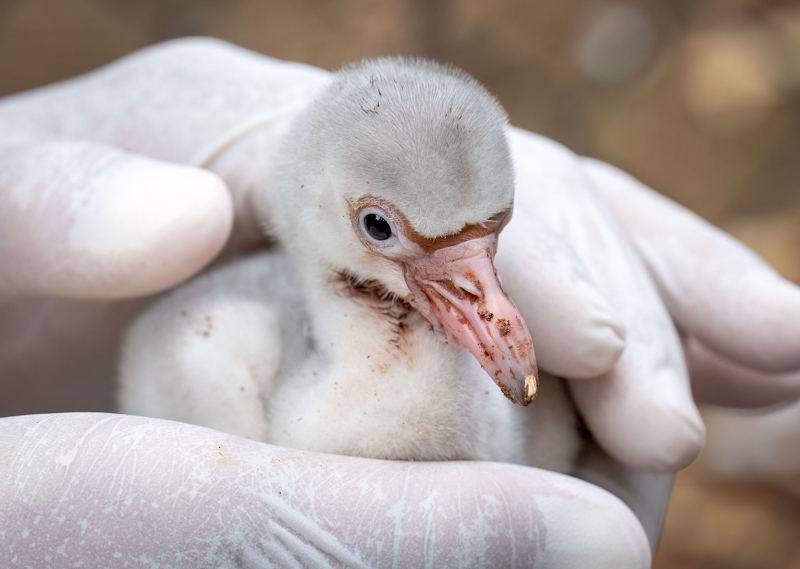 Meet Luna the Masai Giraffe Calf at the Phoenix Zoo

Sunshine and Miguu's calf officially has a name — meet Luna! She was named Luna by the Hoofstock team due to the fact that she was born overnight and her mother’s name is Sunshine. Luna and her dam (mom) Sunshine will be on the Savanna most mornings with our other female giraffe, Imara. (Please Note: Due to construction on the Africa Trail expansion this may change.) Luna continues to stay close to her mom, but is showing more curiosity about her surroundings every day. Welcome, Luna to Phoenix Zoo’s Masai giraffe herd! 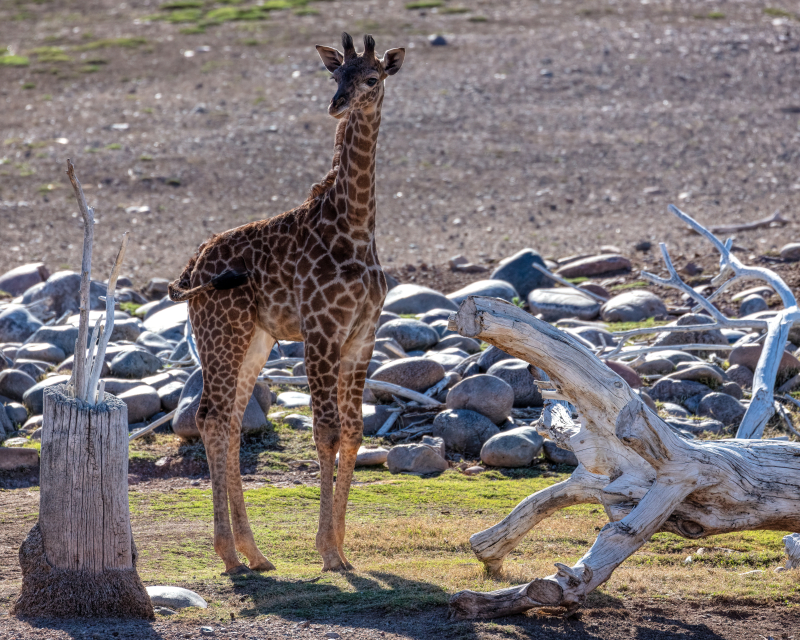 The Phoenix Zoo welcomed a baby girl Masai giraffe, born on Monday, February 7. This is the third calf for mother Sunshine, and the fourth calf sired by father Miguu. The nearly six-foot-tall, 150-pound baby is healthy and sticks extremely close to her mother in the giraffe barn. Sunshine is an incredibly protective mother and Zoo Officials anticipate them to stay off exhibit in their barn, bonding for at least the next few weeks. Sunshine is an eight-year-old Masai giraffe, and arrived to the Zoo in 2014 as recommended by the Masai Giraffe Species Survival Plan in order to breed with Phoenix’s nearly 13-year-old male Masai giraffe, Miguu (pronounced Mee-goo). Miguu came to Phoenix in 2010 from the Los Angeles Zoo. 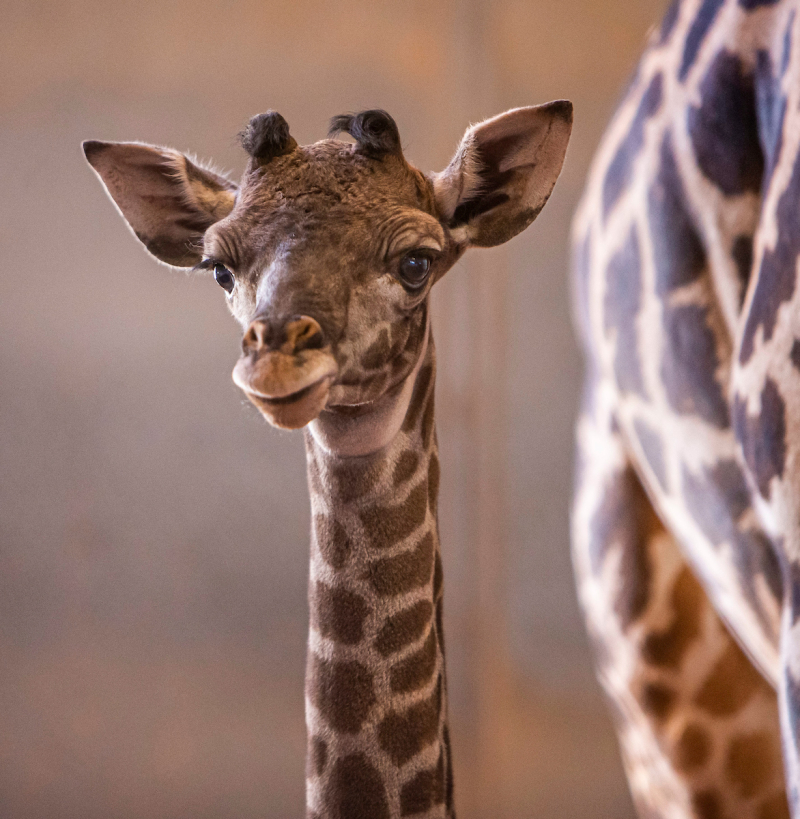 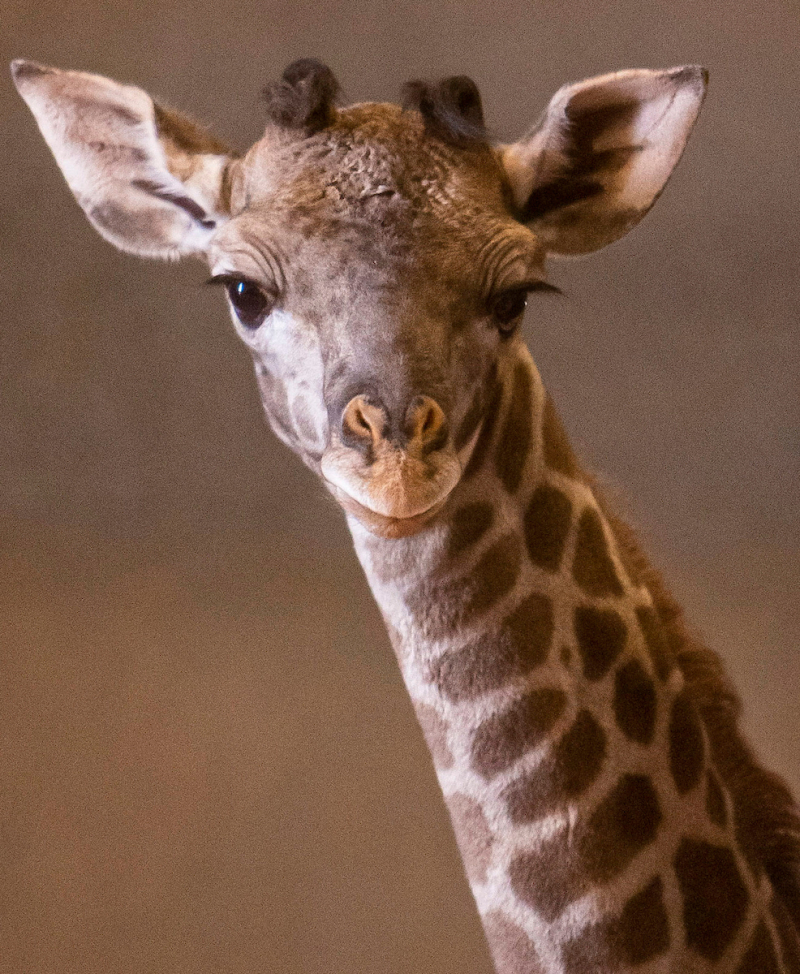 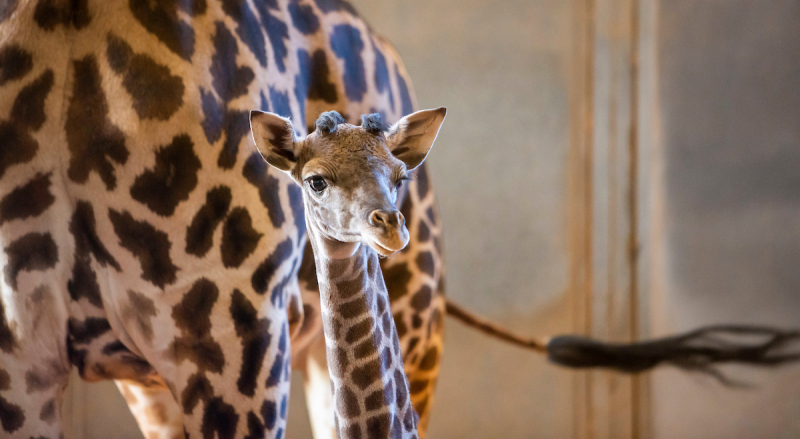 Phoenix Zoo Primate Keeper Debbie captured this sweet moment of baby Siamang Bodie playing with his toys and trying to stand while holding onto mom. (Video was taken on the siamangs' island inside their night house before they headed back outside.) MORE BABY PICTURES BELOW THE FOLD!

Bodie was born in late November to Phoenix Zoo siamangs Haddie and Boyd.

The primate keepers chose his name, which is a combination of his parents' names!

He continues to hang on mom but is more active when they are sitting on the grass sunning themselves.

Swing by and catch a glimpse of the cute little guy!

The Arizona Center for Nature Conservation (ACNC)/Phoenix Zoo is caring for 27 black-footed ferret kits at the Zoo’s Arthur L. and Elaine V. Johnson Conservation Center, making this the most successful breeding season in twenty years. The first litter was born in May and the last just in June.

“It has certainly been a banner year for ferret kits at the Conservation Center,” says Dr. Tara Harris, Director of Conservation and Science at the Phoenix Zoo.

The Zoo is one of six facilities worldwide breeding black-footed ferrets for release to the wild. The species is considered one of North America’s most endangered species. Once thought to be extinct in the wild, the black-footed ferret has returned to its native habitat through reintroduction efforts facilitated by state, federal, tribal and non-governmental wildlife conservation partners. The Zoo has produced over 500 black-footed ferrets in our 30 years of involvement with the breeding program, with many released into the wild in prairie grasslands in Arizona and other parts of their native range.

The six litters of kits at the Zoo are raised inside their specially designed nest boxes, tended by moms Mandolin, Lazuli, Ridley, Sedona, Vermillion and Yoshi, who are all doing a fantastic job caring for the little ones.

“Many of these kits will likely go to release sites in North America designated by the US Fish and Wildlife Service’s Black-footed Ferret Recovery Program, while others may stay here at the Phoenix Zoo or go to one of the other five breeding centers for participation in the managed breeding program,” says Harris. “We are hopeful that the kits produced at the Phoenix Zoo will be valuable contributors to the recovery of their species.”

Phoenix Zoo Siamangs Haddie and Boyd welcomed this sweet little baby on November 22. Mom and baby are doing very well. While Zoo official don't yet know the baby's sex, they’ll announce it as soon as they know.

These photos and videos were taken in the Siamangs’ night house. Haddie, Boyd and now the baby live on an island. While keepers clean the island habitat and set out food and behavioral enrichment, the Siamangs hang out together in this night house. A baby Masai Giraffe at the Phoenix Zoo now has a name! The female calf was named Rafiki after nearly 16,000 people participated in an online naming poll.

Rafiki was born on June 26 to mom Imara and dad Miguu. Under Imara’s attentive care, the calf is healthy and strong. The name Rafiki is a Swahili word meaning ‘friend.’ The staff is gradually introducing Rafiki to other members of the zoo’s Giraffe herd. For now, Rafiki and Imara spend most of their time behind the scenes in the Giraffe barn, but they’ll soon be moving onto the savanna habitat.

Seven-year-old Imara arrived at the Phoenix Zoo in 2012 as recommended by the Masai Giraffe Species Survival Plan to breed with nine-year-old male Miguu. He came to Phoenix in 2010 from the Los Angeles Zoo.

Masai Giraffes are one of four species and five subspecies of Giraffes, all found in Africa. Only about 100,000 individuals are estimated to remain in the wild across the continent. Habitat loss, which occurs as wild places are degraded or converted for human use, is the main factor influencing Giraffes’ decline. The species as a whole is listed as Vulnerable by the International Union for Conservation of Nature (IUCN) Red List.

See more photos of Rafiki below!

What’s In a Name? Help New Baby Find Out The Phoenix Zoo is home to an adorable new Bornean Orangutan. The new male was born September 2nd, to mother, ‘Bess’, and father, ‘Michael’, and he is the second baby born to the pair, joining eight-year-old sister, ‘Kasih’. Bornean Orangutan newborns spend the first four to five months clinging tightly to their mothers, so it will still be awhile before the baby begins moving about independently. At this young age, the baby spends much of his time nursing and sleeping. Orangutan young remain with their mothers until they are around seven years old, making theirs one of the longest childhoods in the animal kingdom.

The Phoenix Zoo is asking for the public’s help in naming the newborn. Their staff has selected five names, each with its own special meaning, and they invite you to vote on your favorite choice. The winning name will be announced at a baby shower event at the Zoo on November 8, 2014, followed by the announcement of the name on Facebook:  (http://www.facebook.com/PhoenixZoo) and Twitter (http://www.twitter.com/PhoenixZoo).

The five potential names are:

Cast your vote by visiting http://phoenixzoo.org/2014/10/27/help-us-name-baby-orangutan/

Bornean Orangutans are listed as ‘Endangered’ on the IUCN Red List, and scientists estimate that wild orangutans could be extinct in 5-10 years, if their forest habitat continues to be destroyed at the current rate. Forests in Borneo and Sumatra are being destroyed for lumber and to produce palm oil, which is used in countless snack foods, household cleaning supplies and cosmetics. You can help reduce demand for unsustainably harvested palm oil by purchasing products that use certified sustainable palm oil and by supporting the Roundtable on Sustainable Palm Oil at rspo.org.